There have been so many reminders of character this past week for me. The daily COVID-19 briefings from the White House where character — and the lack thereof — is on clear display. You can guess which individuals on the White House Press Room podium register well on the exemplary character barometer for me.

In my blog “Inspired by the Journey,” you read the story of the Rev. Dr. P.K. Geevarghese, my father. He was a man of character, courage, conviction and commitment. I was humbled and honored to be among those to eulogize him at his wake and funeral in October 2018. Because of him, my mother and other key role models, I came to know early about these attributes and why they matter.

During this past Passion Week, as a person of faith, I was also struck by the example of Christ and how the model of service, humility, sacrifice, empathy, strength, compassion, love and character were exemplified by Jesus’ life. Can we recognize these attributes in our leaders today? Do we believe they matter? I believe they do, even more so in a crisis.

As you may know, I had the honor to serve in the Obama Administration as a senior appointed leader. I witnessed people of outstanding character every day. In fact, it was thinking about character that prompted me to write the personal story that appeared in the Washington Post. I was watching this David Letterman interview of President Obama. 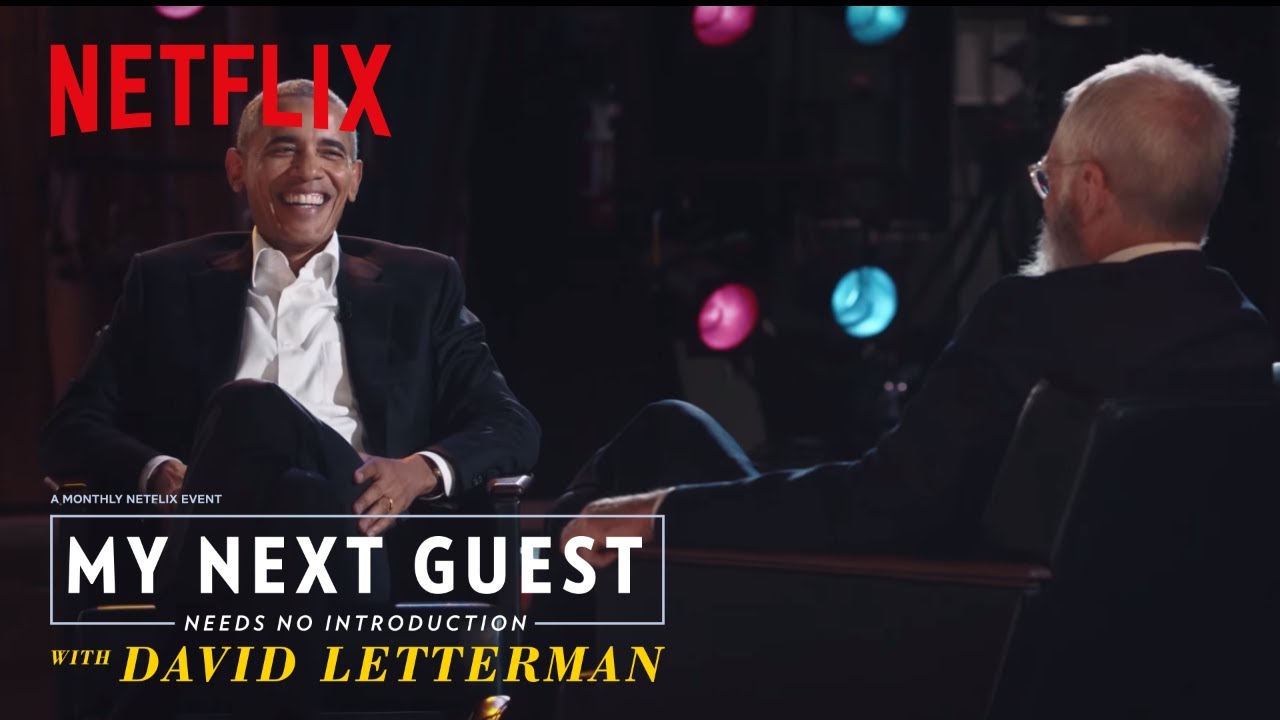 I saw it a couple of months after it had originally aired in January 2018, but it was as though I needed the retreat it provided. I don’t recall the specific daily craziness from the White House that served as the backdrop, but I remember thinking as I heard President Obama speak on the video, “what a contrast in demeanor, disposition, introspective capacity, generosity, decency … character.” Because I had personally witnessed this about President Obama, I felt compelled to share my — as yet untold at that moment — story. While several media personalities had posed false equivalencies between administrations, claiming that all leaders were the same, I knew differently. 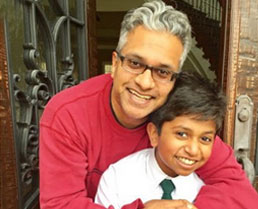 The story of my personal moment is one you have seen, but you can hear the behind the scenes account in the podcast I did with my son Sanjay. You hear us sharing accounts of men and women of character and how they showed up in our lives. You hear us speak about the correspondence between President Obama and me. I offered my letter to him as an expression of gratitude for his kindness to my family and as appreciation for his allowing me to serve the country in his administration. 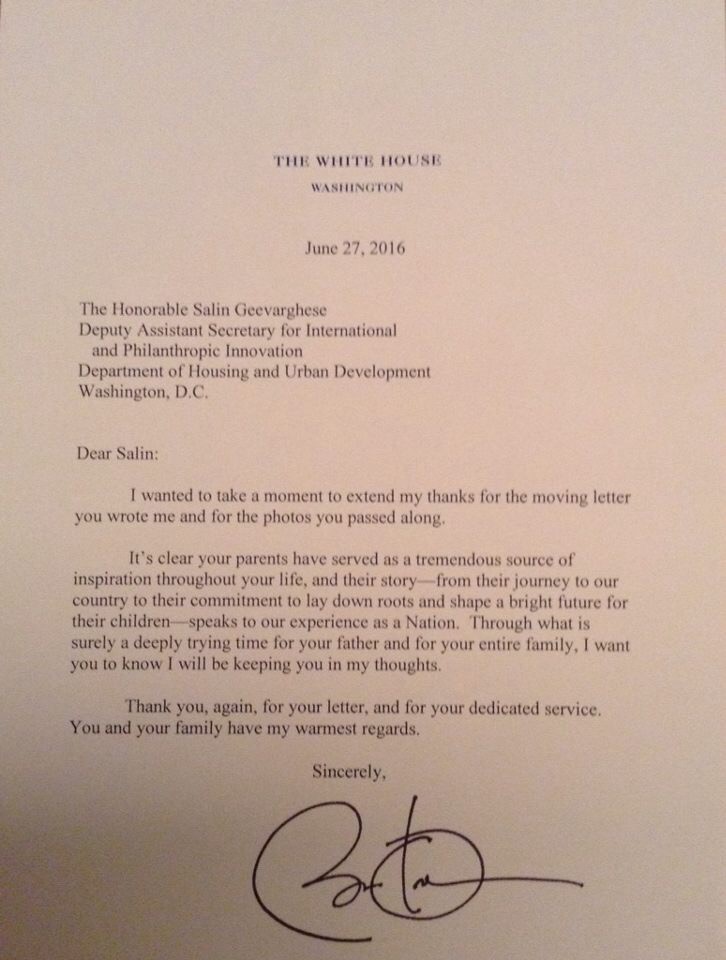 His response (seen here to the right) was unexpected but it left an indelible mark on our family. These are the things that leaders of character do, I thought. They take time to inspire and empathize, giving meaning to small and large moments. Sadly, my father passed only months after the Washington Post article was published. Perhaps more surprising than his first letter, President Obama sent me another note after my father passed, conveying thoughts and prayers, now as we were stricken with grief and sorrow. I was glad to take the time with the story to bear witness to my father’s journey and to pay tribute to President Obama. Character shows in how we use our time to give others position and prominence over ourselves.

I hope that we can remember what leadership character looks like, especially as we vote for our leaders in these coming weeks and months. I hope we can have people in office that we want our children to aspire to model as they grow up. I hope that we become those same people that are the object of our children’s aspirations: people of character, courage, conviction and commitment, as my father was; people like President Obama who took moments to create special memories without fanfare and outside of the public light. Character reveals itself when people take consequential action for others especially when no one is looking. I bore witness to that kind of leadership character. I yearn for it again and know that we will find our way back.